Rio Tinto’s Oyu Tolgoi (OT Mine), in the South Gobi region of Mongolia, is one of the largest known copper and gold deposits in the world. It is also one of the most modern, safe and sustainable hardrock mining operations in the world. When the underground is complete, it will be the world’s third largest copper mine.

Open pit mining began at Oyu Tolgoi in 2011 and the copper concentrator, the largest industrial complex ever built in Mongolia, began processing mined ore into copper concentrate in 2013. Current infrastructure at Oyu Tolgoi will allow the mine to operate for decades to come. Oyu Tolgoi is jointly owned by the government of Mongolia, which has 34% ownership, and Turquoise Hill Resources, which owns 66%. Rio Tinto owns 50.8% of Turquoise Hill Resources and manages the operation on behalf of the owners.

OT Mine Innovation Group specified a need for a new leading-edge WiFi Cordless Cap Lamp with the capability to track miners underground at all times for evacuation and safety purposes as the primary function; aside from the obvious need for safety wearable lighting. The second stage was to develop further capability of Proximity monitoring (V2P) using WiFi Time of Flight calculations for distance ranging; and Two-way signalling, which is the ability to flash the cap lamp to get the miner’s attention for defined reasons e.g. evacuate now, paging (call base), duress alert and its acknowledgement in real time.

Roobuck was approached by Rio Tinto to: 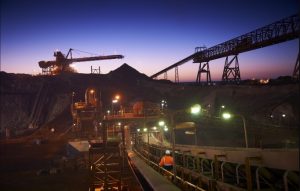 October 30, 2018 / 9615 / 0
The Olympic Dam mine is a large poly-metallic underground mine located in Roxby Downs, South Australia, 550 km NNW of Adelaide. It is the largest underground combined Uranium and Copper... Continue reading 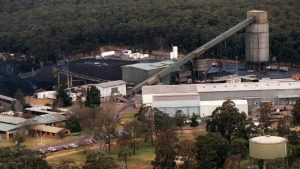