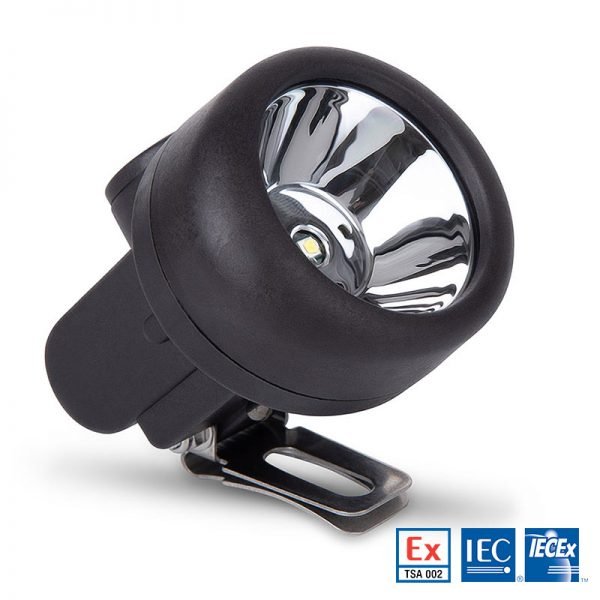 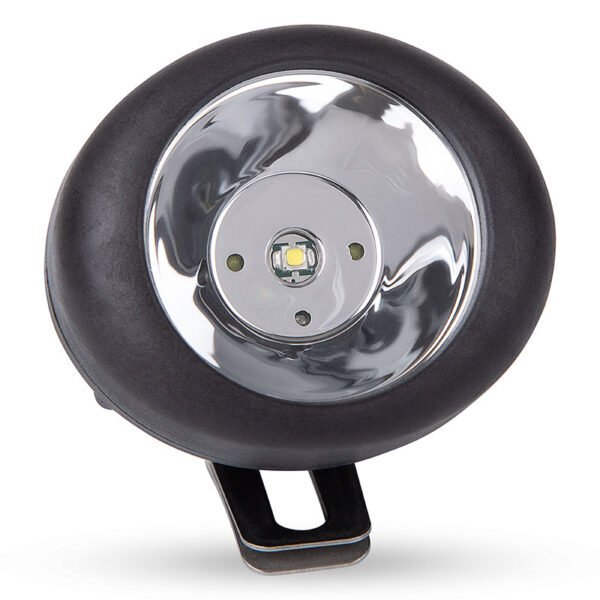 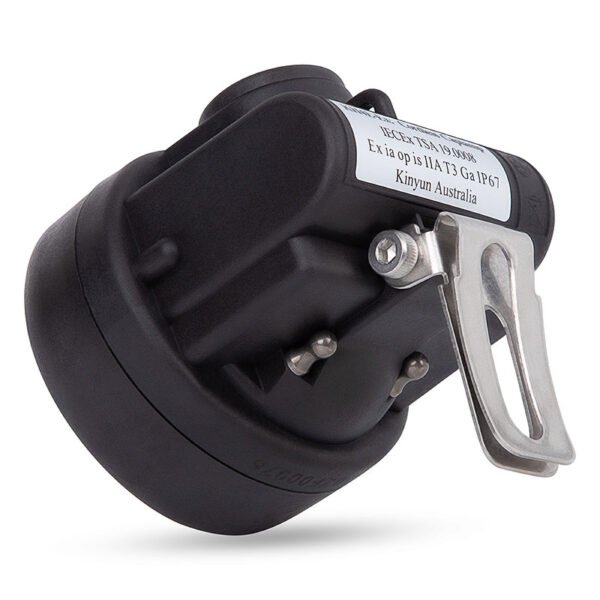 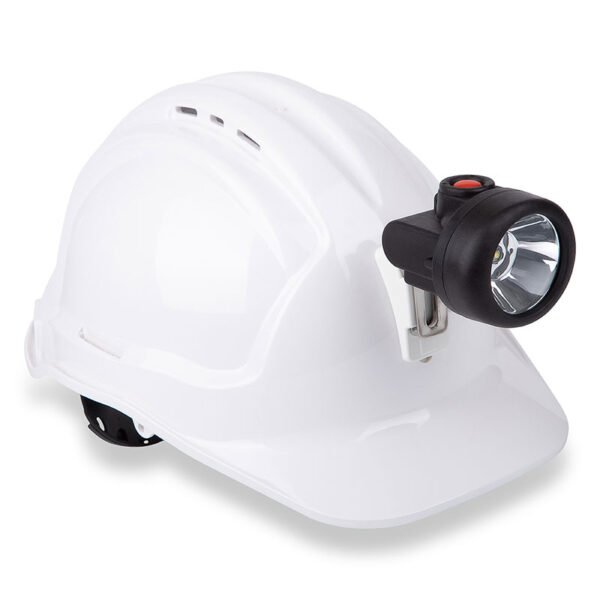 The KH4E-Ex is Roobuck’s flagship model designed for Underground Hardrock Mines, Tunnels and Petrochemical Environments . It is the brightest in our Cordless Miner’s Cap Lamp Series and is charged through external electrodes.
The KH4E-Ex has three LEDs. The Main LED, in the middle of the reflector, is used for both normal and high-beam illumination. The two Emergency LEDs, located on each side of the Main LED, operate (in Auxiliary mode) for extended periods of time during an emergency.
KH4E-Ex features superior illumination, weighs less than 153gms, and is lighter than the headpiece of a traditional Cabled Cap Lamp, thus making it highly suitable for Underground Coal Mine applications. 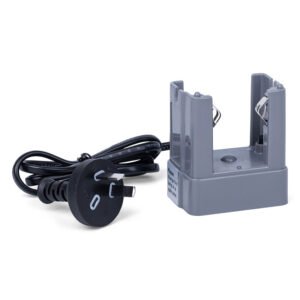 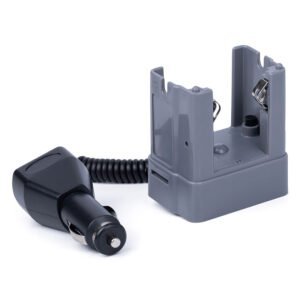 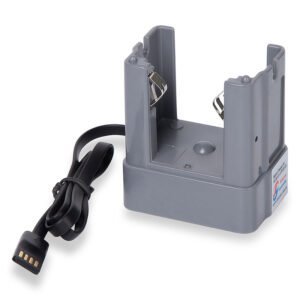 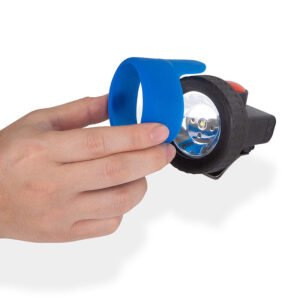 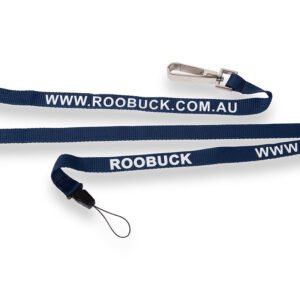 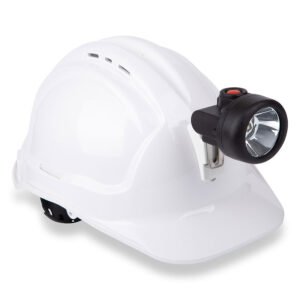 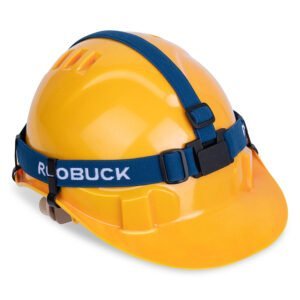